Wars, killing, genocide in the name of religion have never really been in our control, i.e. you and me, everyday individuals, who live our life in simple ways believing in love and respect for all, but what about things that are in our control? Things such as: Righteousness, Justice and Well-doing? “For religion standeth in righteousness, justice, and well-doing.” – Latimer (c. 1485-1555).

I work as the National Program Director of a volunteer based non-profit called Hunger Van | Muslims Against Hunger, whose founder is Zamir Hassan. Zamir is retired but has been working tirelessly as champion for interfaith feeding events for the hungry and homeless for over 10 years now.

We at Muslims Against Hunger want everyone to understand, learn and acknowledge that ‘Hunger has no religion’ and our goal is to engage communities through service.

I have always believed through my up bringing that religion shouldn’t be a factor in terms of whom we are helping, but a practical question often begged to differ: ‘If hunger has no religion what does religion have to do with feeding the hungry’? Why do so many non-profits constantly coin themselves as a religious group against a social injustice?

I do believe that having an ethical perimeter and a moral compass are inherent and there really should be no need for religion in that. So what makes religion so vital from an already moral standpoint?

All major religions force us to focus on issues that we forgo in our everyday lives. They teach us to pause, go beyond our daily interactions, and look at the injustice and suffering in the world, constantly commanding us to do something about it.

As a Muslim I am forced to reckon with the 5 pillars of faith, one of which is Charity (Zakah), on a daily basis. I am also commanded to be righteous, just and work on the well doing of the world.

“We have appointed a law and a practice for every one of you. Had God willed, He would have made you a single community, but He wanted to test you regarding what has come to you. So compete with each other in doing good. Every one of you will return to God and He will inform you regarding the things about which you differed.” (Qur’an, 5:48)

Justice is a common theme found in most religions:

He has showed you, O man, what is good. And what does the LORD require of you? To act justly and to love mercy and to walk humbly with your God. (Micah 6:8)

You shall not judge unfairly: you shall show no partiality; you shall not take bribes, for bribes blind the eyes of the discerning and upset the plea of the just. (Deuteronomy 16:18-20)

Justice or being just is a moral virtue, an equal distribution of sorts, and or understanding it as evenhandedness. In Jewish traditions, Tzedek or justice is more than a legal system, it is ‘tempered by compassion’.

And I honestly believe that even though compassion is something we are born with it is in constant need of nurturing.

I personally love and live by this quote, often attributed to Mother Teresa: “The problem with this world is that we draw the circle of family too small”. We easily forget the person panhandling for food or the homeless person shivering on the sidewalk as we rush to work. We forget about compassion! And religion is here to remind us, to not forget our humanity in this busy world of being just humans.

If someone is able to do this without the help of religion, I think that it is completely fine as long as they have a way to nurture compassion, a method to keep this constant reminder in their heart.

As human beings we must all value and know what compassion is worth, and we must be willing to spend time working on it, any which way. And as a Muslim if I am able to remind myself or even one person of our necessary commitment towards righteousness, justice, and well-doing I guess it is worth putting it in my title. 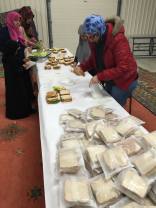 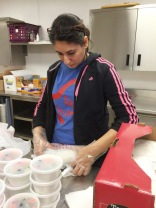 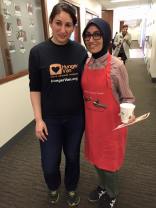